We then discuss digital signatures based on asymmetric cryptography providing security properties such as non-repudiation which were unavailable in symmetric-cryptography-based message authentication.

This course is a part of the Applied Cryptography specialization.

WEEK 2
3 hours to complete
Cryptographic Hash Function Applications
Building on the previous module defining cryptographic hash functions this module review its uses and applications. We will first describe hash chain which chains multiple hash functions in sequence and apply hash chain for generating one-time passwords using a scheme called S/Key. Then we will use hash functions to construct a binary tree and describe hash tree also known as Merkle tree. Lastly we will review the applications of hash function and hash tree for decentralized digital currency in the forms of cryptocurrency or bitcoins.
5 videos (Total 14 min) 3 readings 2 quizzes

WEEK 3
1 hour to complete
Message Authentication Code (MAC)
Message authentication is to protect the message integrity and to perform sender authentication. This module describes message authentication code (MAC) which is based on symmetric keys. It contrasts MAC with hash functions or general encryption/decryption techniques and quantify the brute force attack difficulty for MAC and discuss the security requirements for MAC. The module also reviews two MAC implementations in Data Authentication Algorithm (DAA) and Cipher-Based MAC (CMAC) which are based on the use of block ciphers.
7 videos (Total 16 min) 1 reading 1 quiz 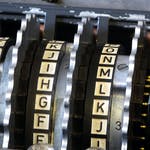 In this MOOC we will focus on learning how network systems are secured using firewalls and IDS. This will include understanding the basic components of network security constructing a dual-firewall...

Microsoft Azure is a service created by Microsoft to provide cloud computing for creating and managing applications and services using a cloud environment. Azure provides software as a service (SaaS)...

This course builds upon the skills and coding practices learned in both Principles of Secure Coding and Identifying Security Vulnerabilities courses one and two in this specialization. This course uses...